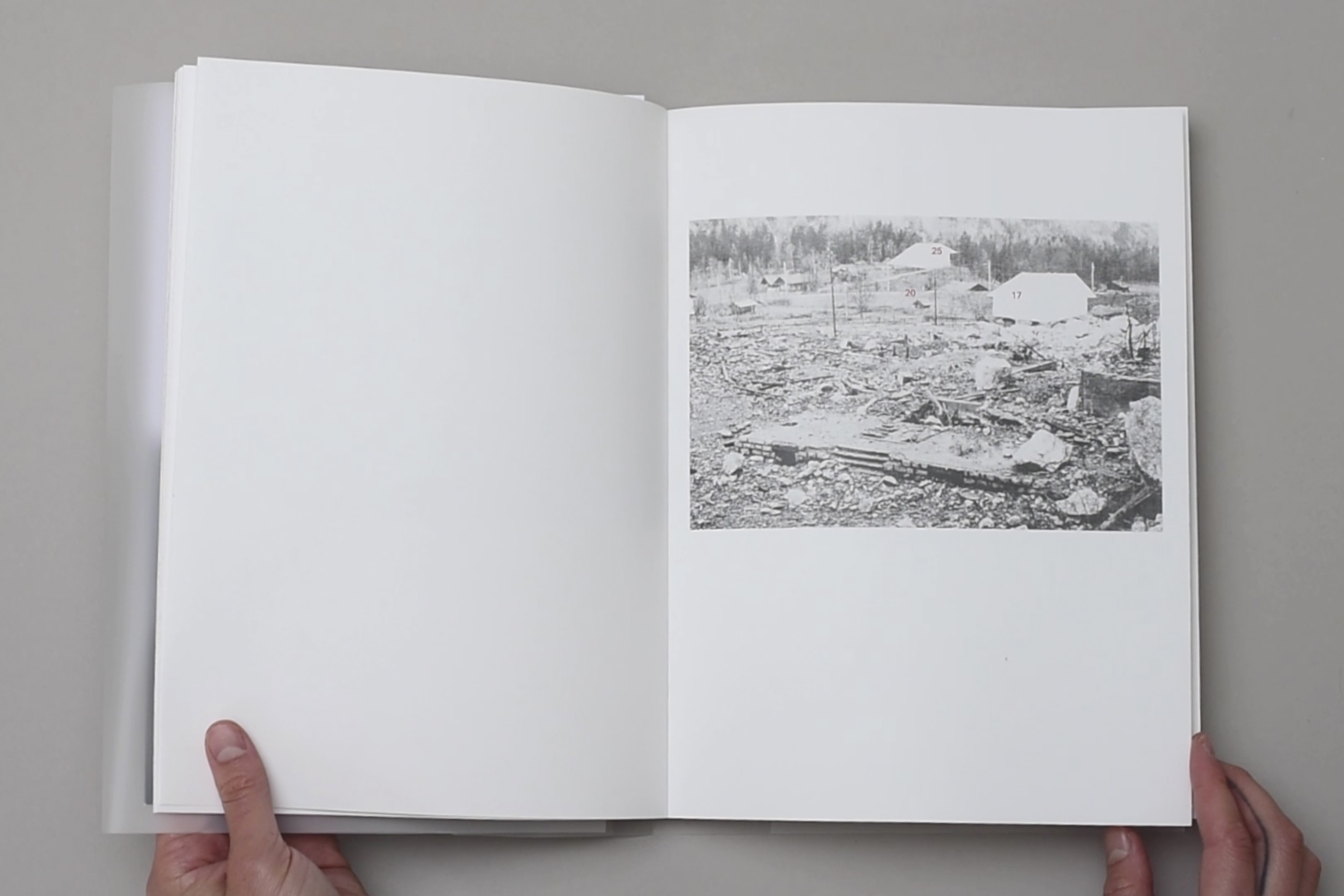 In 2031, the 170 inhabitants of Mitholz will be evacuated from the village for 10 years by the Swiss government in order to neutralize a munitions dump of the Second World War.

In 1947, the arms cache partially exploded, destroying part of the mountain, damaging Mitholz and leaving the remaining unexploded munitions buried in the mountain.

73 years after this accident, the danger is revealed by researchers. Geological surveys and topographical models show that the damaged mountain is moving: further tectonic movement may cause a second explosion.

The following testimonies come from telephone conversations and images received by the villagers. The COVID-19 pandemic did not allow an encounter on place.

This edition seeks to account for the interaction of the lived experience of the inhabitants and the subjective experience of the place, steeped in history, with the political decisions of different temporalities. Different sources and typologies of images together form a perception of experiences, and distance themselves from unequivocal and spectacular media representations. I deliberately wish not to place myself in a classic documentary perspective where I would try to teach the history of the place. Different points of view are represented in the edition: images produced by the inhabitants sit alongside images produced by the police directly. Through the processes of appropriation, the images pose questions of gaze and interpretation: What are we looking at? What, who do we see? From where?